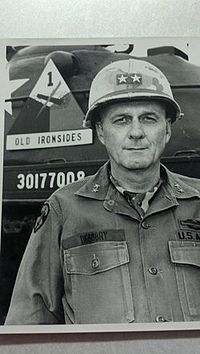 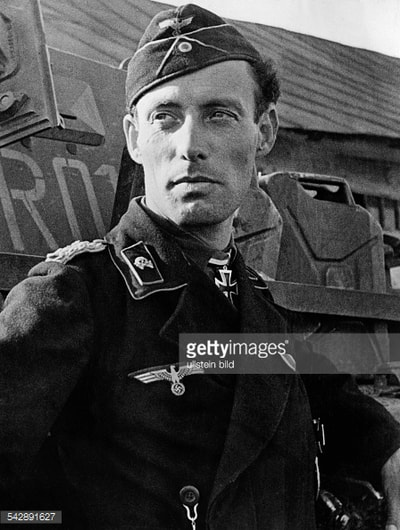 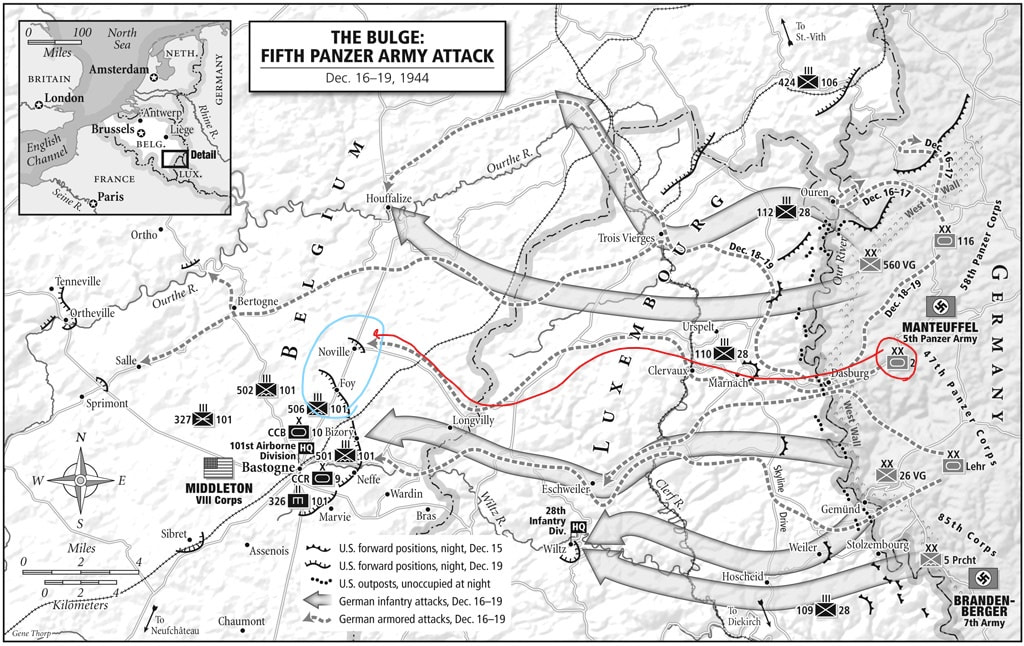 20 December 1944:  The US First Army is in disarray, its main line of resistance under attack on a thinly defended fifty-mile front.  General Hasso von Manteuffel's Fifth Panzer Army, assembled for Unternehmen Wacht am Rein (Operation Watch on the Rhine) and comprising the 47th, 49th, 58th and 66th Panzer Corps overruns the overmatched 28th Division, which has fallen back in fragmented units, rallying where possible but moving under incessant pressure to the rear. The target of the 58th Panzer Korps' 2nd Panzer Division, spearheading the German attack in the south, is the town of BASTOGNE—a critical junction of roads that lies in the path of the German drive to the Meuse River. The command of 2nd Panzer has literally changed overnight. Oberst Meinrad von Lauchert has been given command within the previous 48 hours. Von Lauchert survives the war and goes on to become the lead German military technical advisor for the Ken Annakin film made during the 1960's.
Allied reserves in the area are limited. GHQ strategic reserve, the XVIII Airborne Corps, is moving from rest areas well to the rear to stabilize the Allied positions, but time is of the essence, roads are crowded, and vital supplies of ammunition are difficult to find. The 101st Airborne Division is directed to defend Bastogne, but first it has to get there.
Elements of the 10th Armored Division are closer; part of Combat Command B occupies the town of NOVILLE to the Northeast of BASTOGNE, blocking the vital N30 highway and struggling to provide time for the main part of the 101st to form a defensive perimeter to the rear.
On 20 December, lead elements of the 506th PIR arrive at BASTOGNE and occupy hasty defensive positions north of the village of FOY on the N30 between NOVILLE and BASTOGNE. As lead elements arrive, CCB forces in NOVILLE, designated TEAM DESOBRY, conduct a retrograde movement down the highway axis as the airborne digs in.
The main body of CCB passes through the main line of resistance of the 506th in the morning to rally in the rear, leaving an armored screen covering the approaches to the developing perimeter of BASTOGNE.
Late in the morning, the advance guard of 58th Panzer Korps encounters the screening force. The battle for Bastogne has begun.
The battle unfolds over two days as the remnant of CCB 10th Armored Division and the 506th PIR are joined by elements of shattered regiments that have rallied in the Bastogne area, and the most intense combat develops along the N30 corridor. 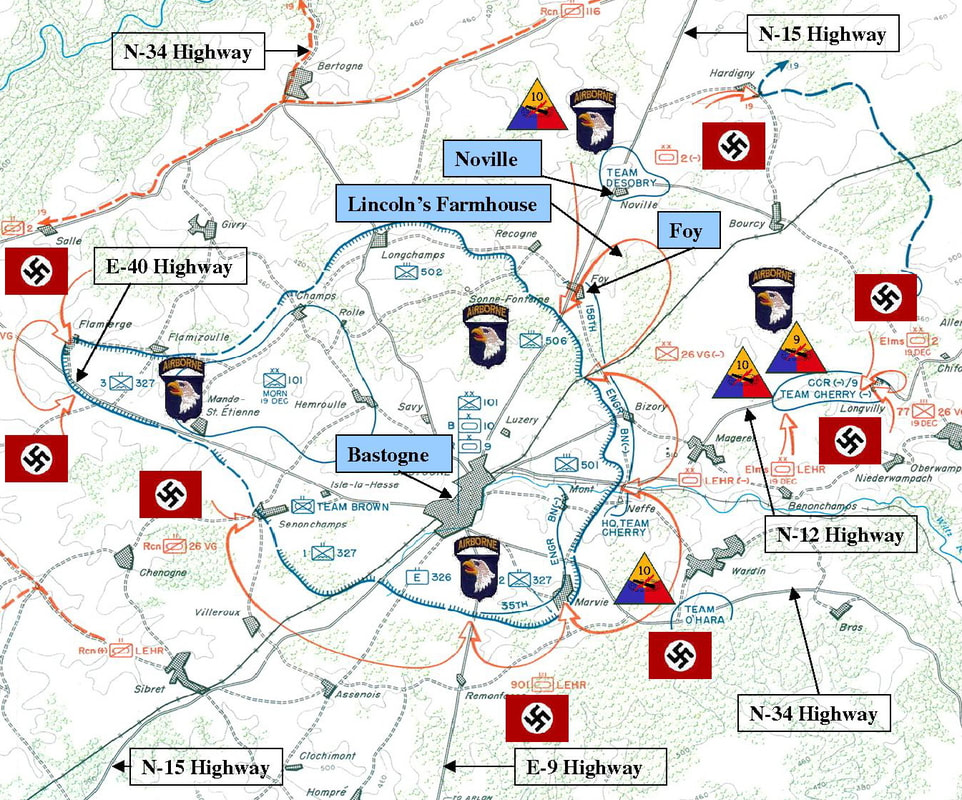